The story of Sara Rogel, the young Salvadoran woman freed after spending nearly a decade in prison for an abortion 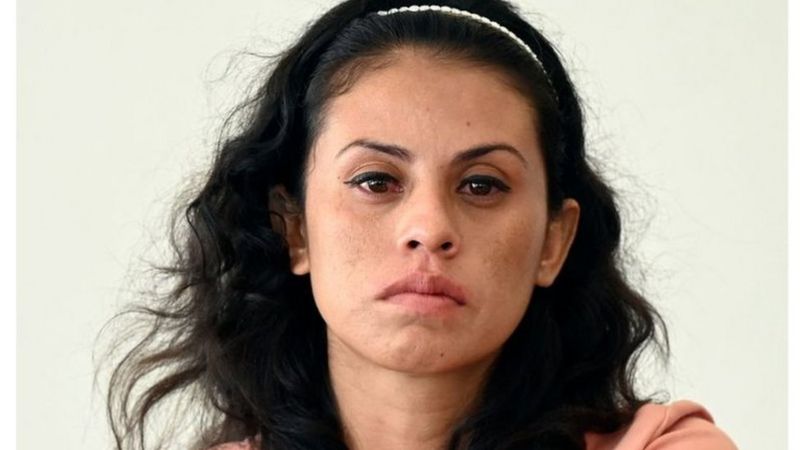 Sara Rogel was about to finish high school when she was sentenced to 30 years in prison.

In October 2012, the then 18-year-old Salvadoran woman was arrested and convicted of "aggravated homicide" following a miscarriage she claims was due to a fall.

"It was an accident that turned my life upside down. I loved my baby and because of a fall I ended up in jail," she told a press conference after her release on Tuesday.

After serving almost 10 years in a women's prison, the Salvadoran justice system decided to commute Rogel's sentence last January and, after several hearings and court proceedings, a judge decreed her conditional release at the end of May.

"It was very difficult because I realised so many things when I was already in prison. For me they robbed me of my dreams, of being able to know where my daughter was until I finished my studies, of being far from my parents, who had never separated me from them, nor from my siblings...", she said.

His case is not unique.

According to Agrupación Ciudadana, an NGO advocating for the decriminalisation of abortion in El Salvador, 16 other women are currently in prison in El Salvador for similar cases.

The Central American nation, a conservative and largely Catholic society, makes no exceptions for termination of pregnancy, even when rape occurs or when the mother's life is at risk.

This has led to dozens of women, mainly from poor areas, being imprisoned over the years for the death of their foetuses in cases where they claim to have suffered miscarriages.

For many in the Central American country, the arrival in office of President Nayib Bukele, who promised to reform the nation's most stagnant structures, was a hope that things could change in this area as well.

But any change on abortion must first go through Congress, which has not contemplated discussing it after Bukele achieved an absolute majority.

Out of 13,000 child pregnancies only 4% accessed legal termination since 2014